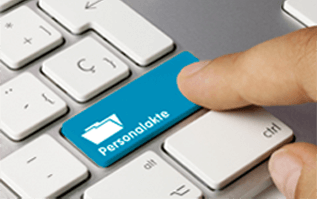 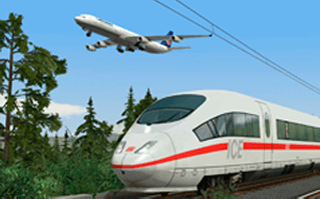 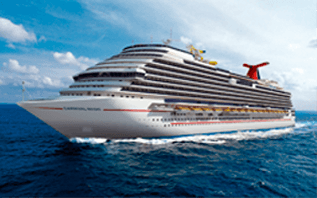 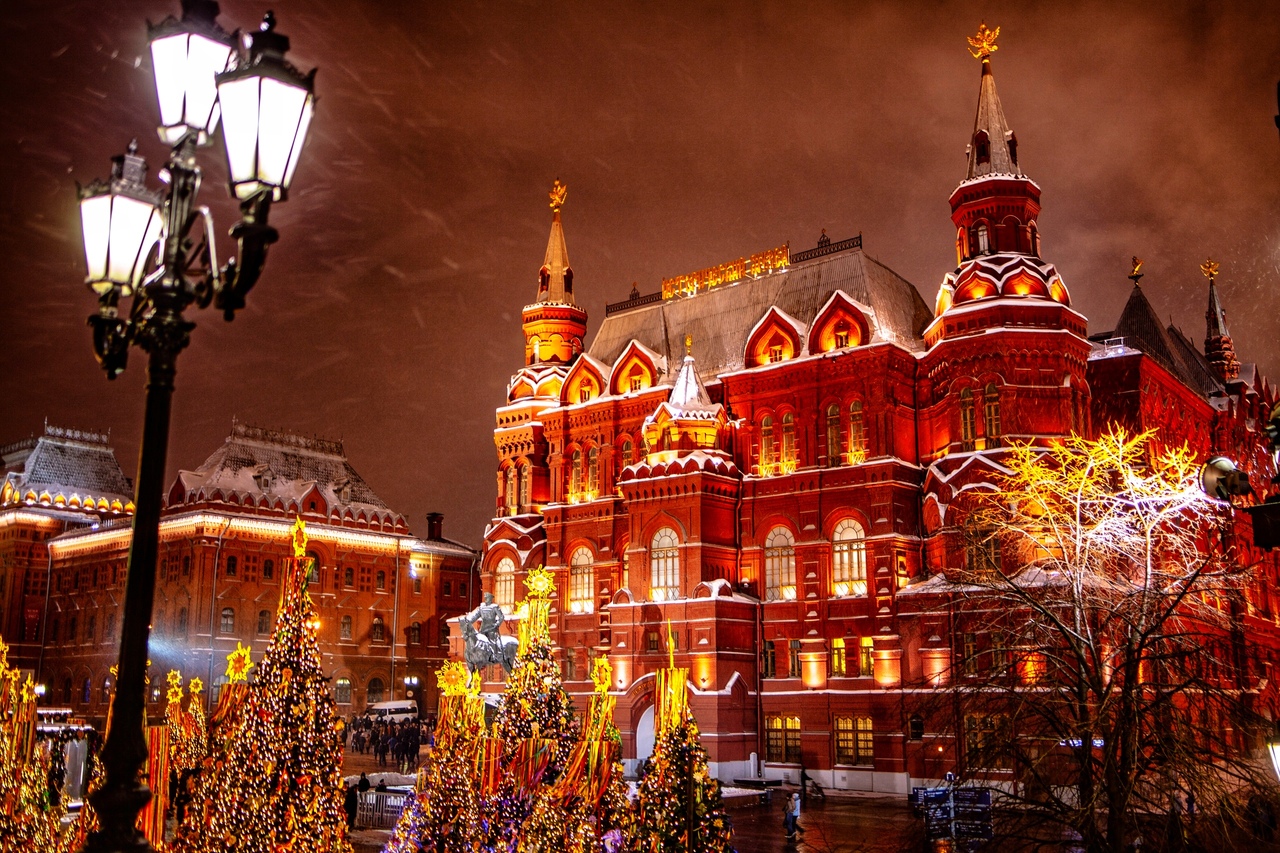 The largest New Year's Fair in Moscow  - GUM-Fair - opened on Red Square. At the fair, you can not only buy memorable New Year's souvenirs but also go ice skating or carousel, try New Year's goodies and take part in entertainment programs.
The fair on Red Square will run until the end of February. 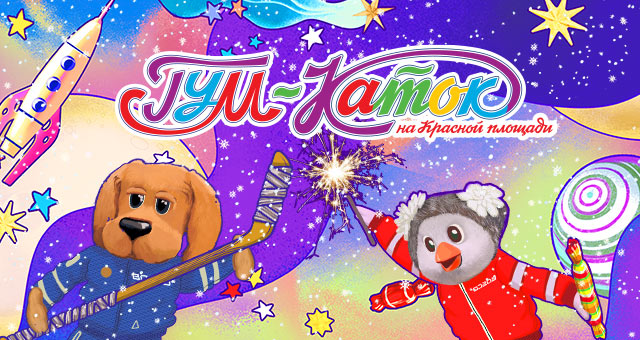 This year GUM-Skating Rink will transfer Muscovites and guests of the capital to a children's fairy tale! The theme for the 14th season of GUM-Skating Rink is dedicated to the anniversary of the favorite children's program Good night, kids! which turned 55 this year.
For the fourteenth year in a row, GUM-Skating Rink has been giving all its guests a real New Year mood: with music and colorful lanterns decorated with Christmas trees, flags, garlands and treats. Here you get the most beautiful photos and the most fun selfies - because there is nothing more elegant than the main square of Russia on the eve of the New Year! 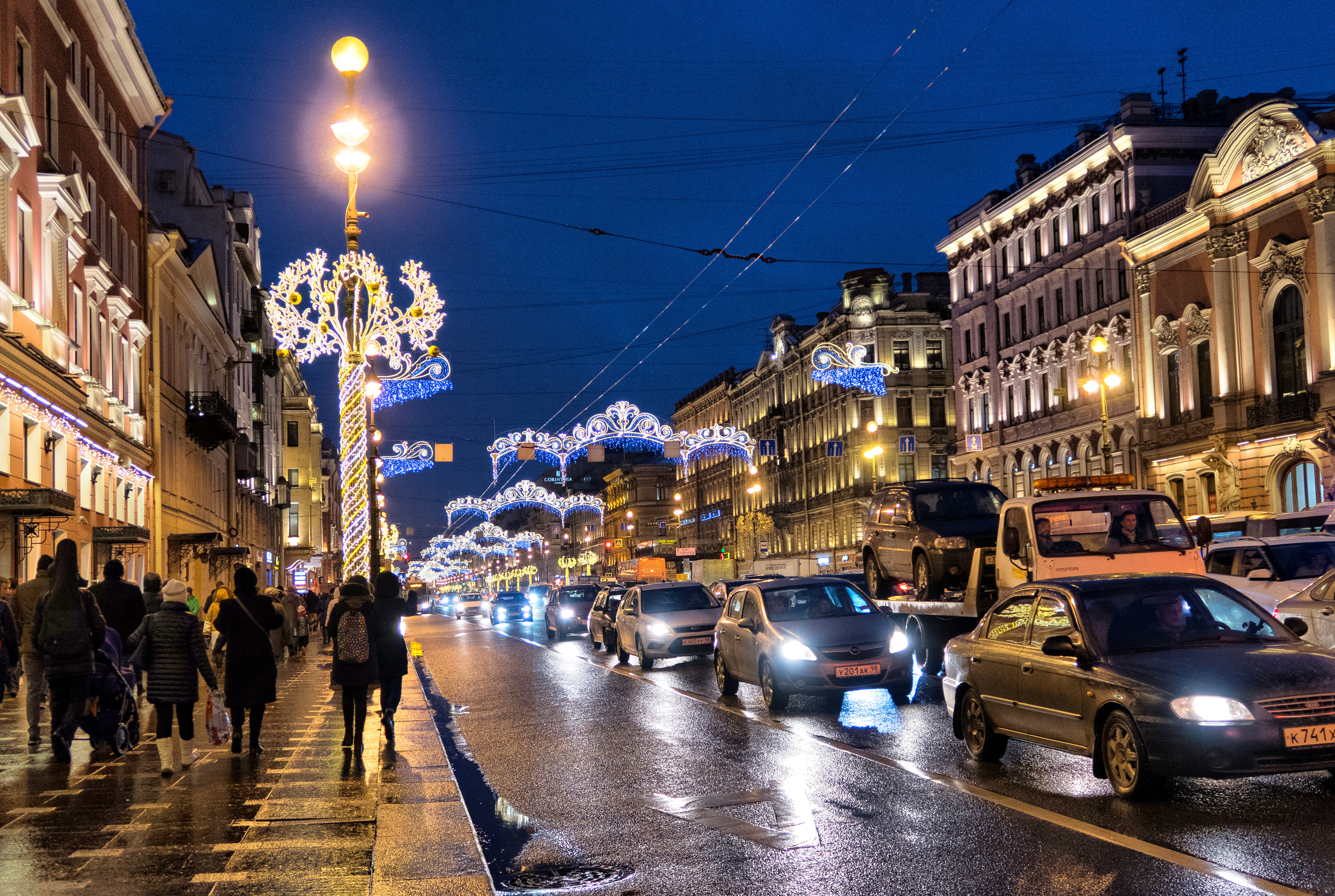 According to CNN Travel, Nevsky Prospect recognized as one of the most beautiful streets in the world.

CNN Travel noted the good preservation of historical buildings located on the main transport artery of St. Petersburg - including the Church of Our Savior on Blood and the "majestic Kazan Cathedral".
The list of the most beautiful streets in the world also includes The Dark Hedges avenue of beech trees along the Bragg Road between Armagh and Stranocum in County Antrim, Northern Ireland, the residential Royal Crescent Street of 30 houses in Bath in England, Via Dei Coronari in Rome and Chefchaouen in the Moroccan city of Chawen, where most of the walls are painted in various shades of blue.. 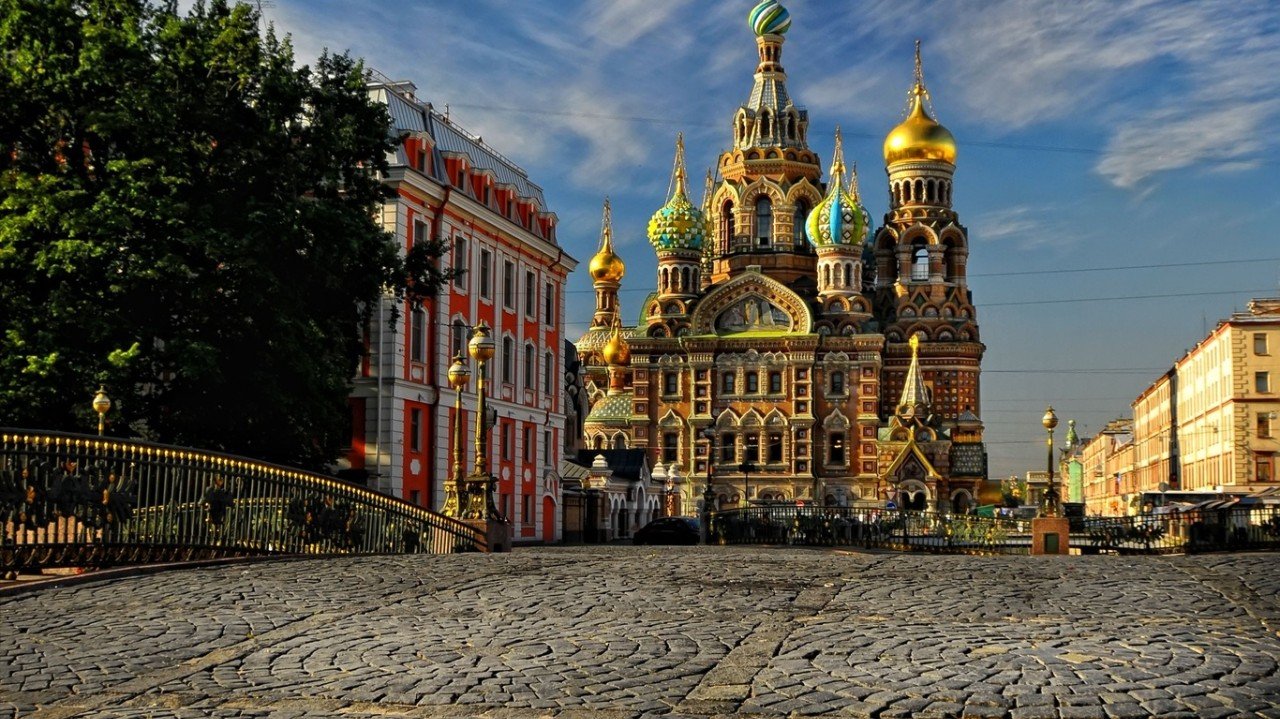 Previously, St. Petersburg has become the best tourist city according to the World Travel Awards (nomination The leading direction of urban tourism in Europe). WTA is considered one of the most prestigious and most recognizable tourist awards in the world. 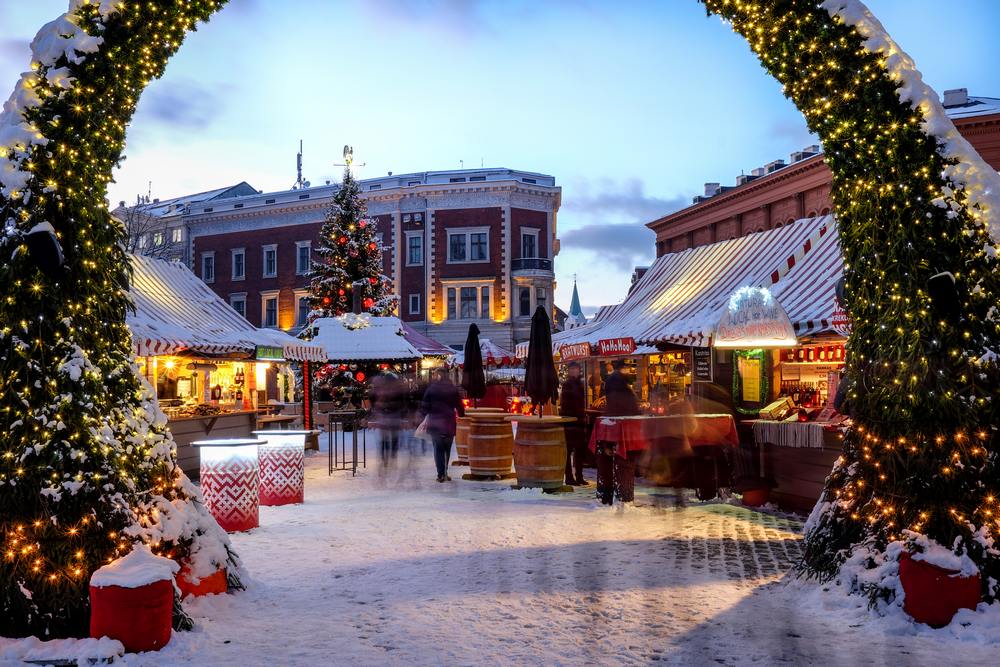 Riga Christmas markets have become the most profitable in Europe.

According to the study Barometer of European Christmas Markets, conducted by the British postal company Post Office, for the third year in a row Riga Christmas markets have won the ranking of the most economical in Europe.
The study showed that a weekend for two in the capital of Latvia costs British tourists 497 pounds (581 euros). In second place was Zagreb, where the weekend will cost 523 pounds (611 euros). A weekend in Tallinn will cost 531 pounds (621 euros).

The most expensive weekend will be in the capital of Austria - Vienna. There, compared with Riga, prices are 36% higher. Two days in Vienna will cost 777 pounds (907 euros). 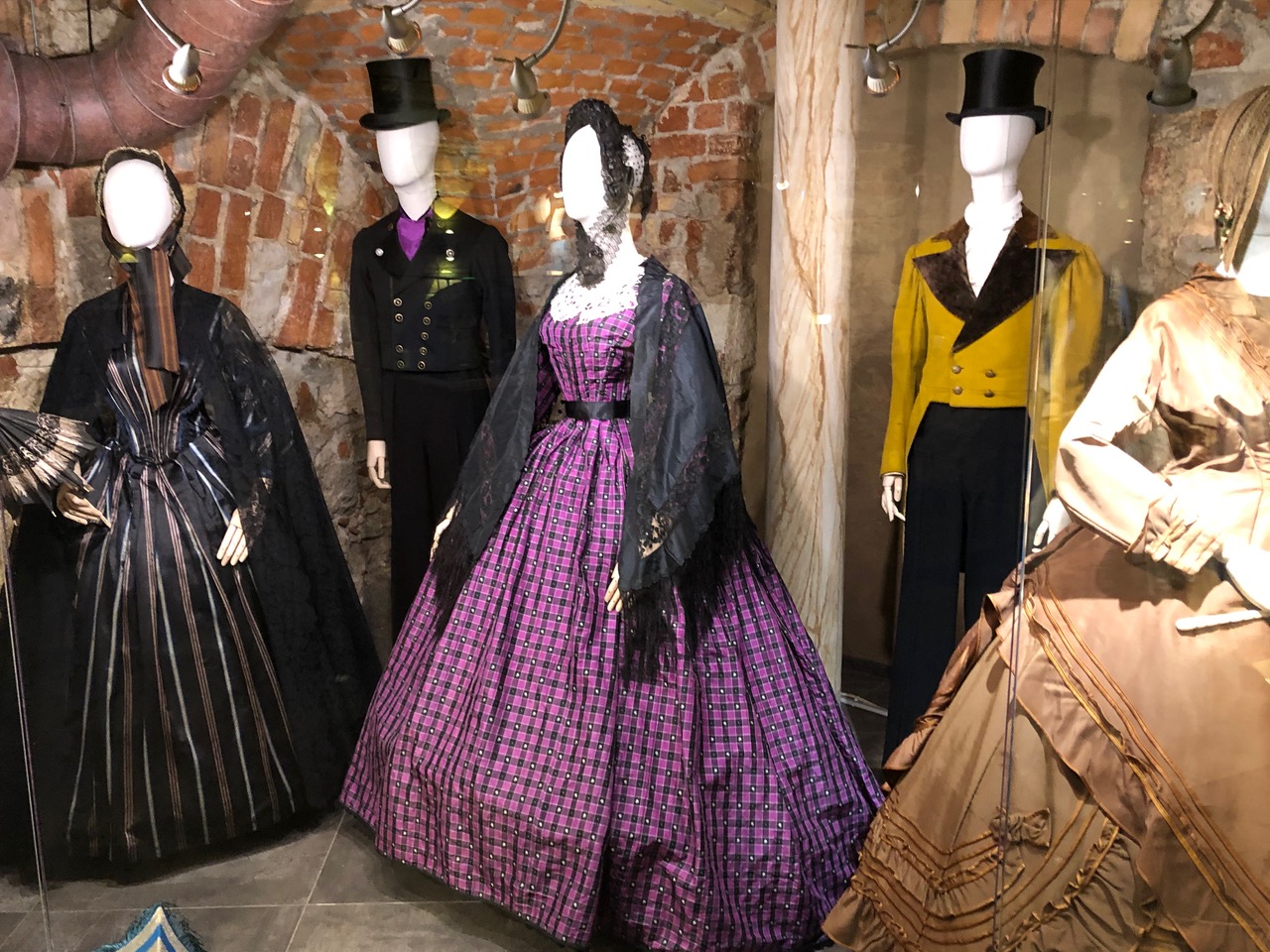 Riga Fashion Museum hosts the exhibition Lady in the Crinoline from the collection of Russian and French fashion historian Alexander Vasiliev. The exhibition covers the period from 1850 to 1870, the symbol of which was crinoline - a design that resembles a bird's cage.

The exhibition features 27 dresses from the personal collection of Alexander Vasiliev. 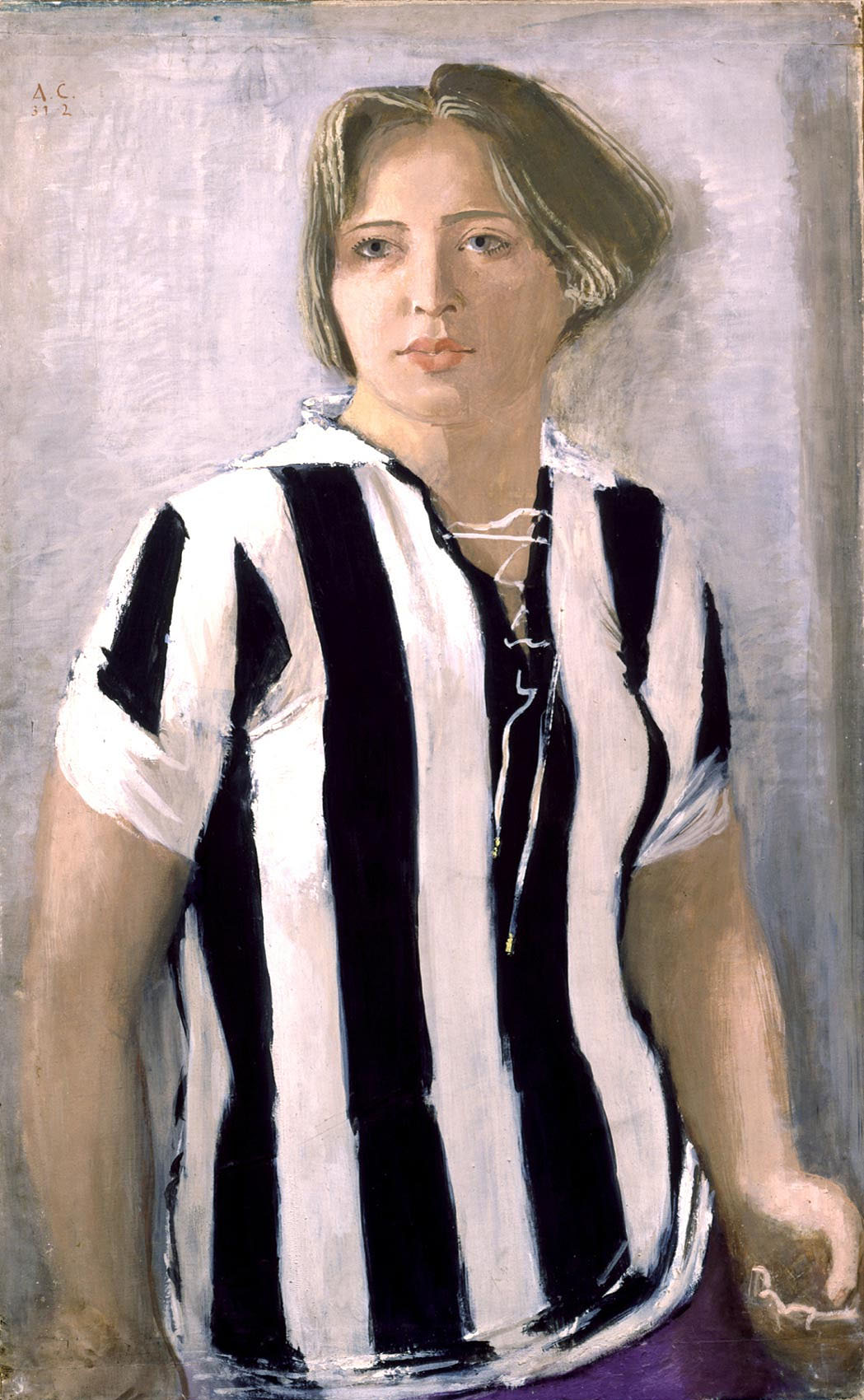 The new exhibition entitled Deineka / Samokhvalov was opened at the Manege Central Exhibition Hall as a part of the VIII St. Petersburg International  Cultural Forum.
Deineka / Samokhvalov is dedicated to the two prominent Soviet-era artists - Alexander Deineka and Alexander Samokhvalov. They were the members of two closely related artistic societies - OST (the Society of Easel Painters, Moscow) and Krug khudozhnikov (the Artists' circle, Leningrad). Their works are dedicated to such subjects as Red Army soldiers, miners, metro construction workers, female athletes.
The exhibition feature 300 items on display from 37 museums and 9 private collections. It includes paintings, sculptures, works of decorative and applied arts, graphic works, and photographs.

The exhibition will be open until January, 19th. 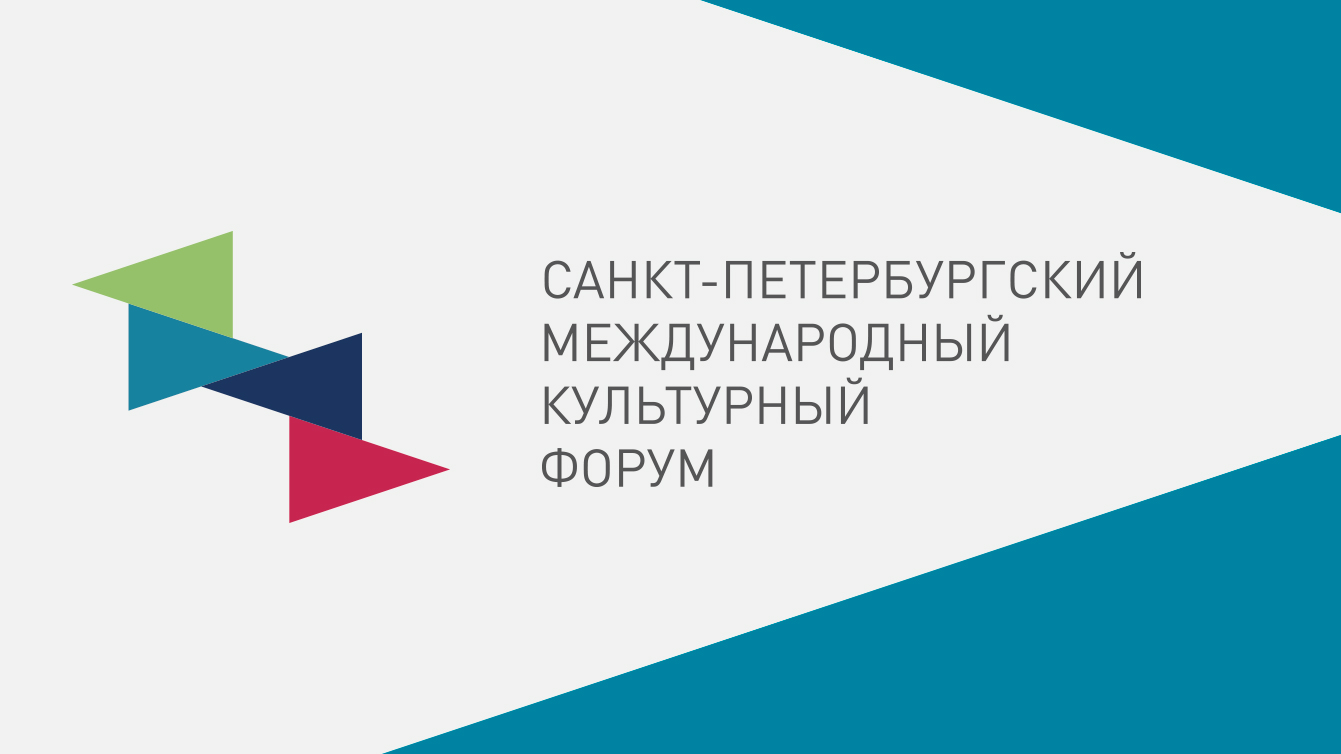 On November 15, 2019, the grand opening of the VIII St. Petersburg Cultural Forum took place.
The forum worked in three areas: professional, business, public flows. Within the framework of the forum, lectures and master classes of famous artists, conferences, exhibitions, performances, film screenings were held. According to the organizers, a total of 35 thousand people from 90 countries took part in the forum. 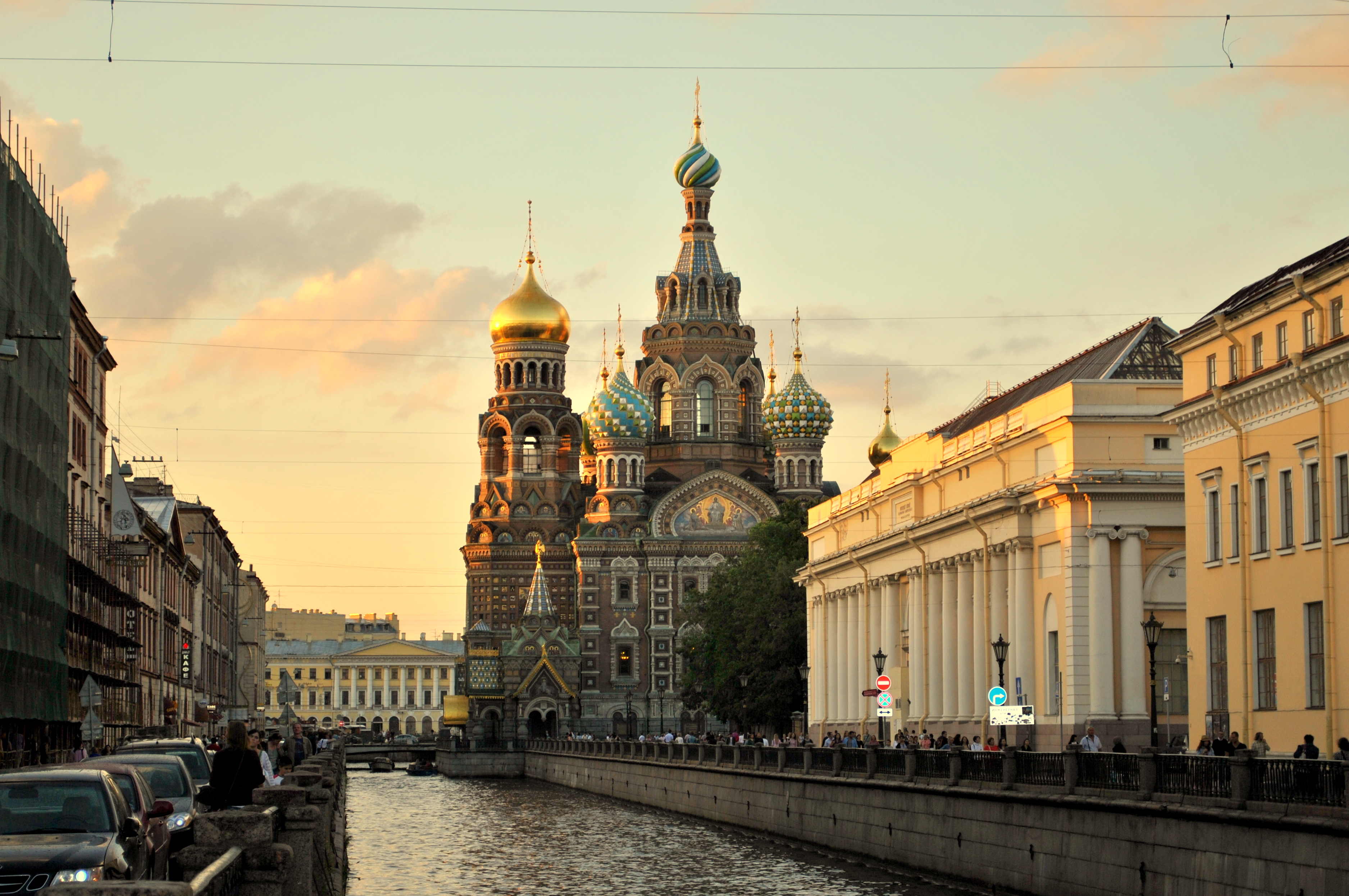 According to the recent study,  conducted by the service "Cloud Mail.ru", St. Peterburg became the most photographed city in Russia. The rating of attractions was completed using computer vision technology.

The Northern capital of Russia overtakes Moscow by the number of shots by almost 10%. The most popular places in St.Petersburg are Palace Square and the State Hermitage Museum, Peterhof, Kazan Cathedral, Catherine's Palace and Church of the Savior on the Spilled Blood. 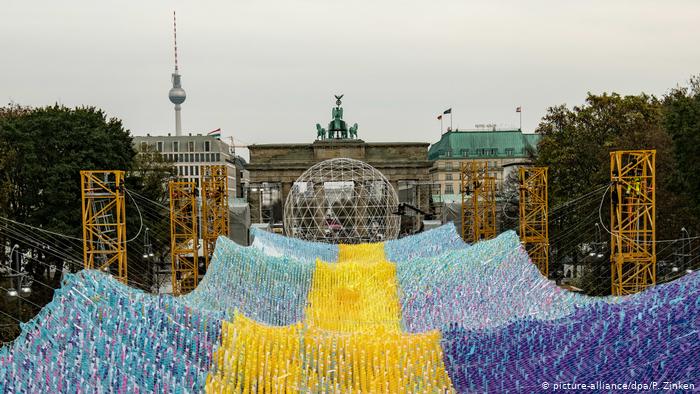 Last week, Berlin and many other German cities celebrated the 30th anniversary of the fall of the Berlin Wall. For several decades, it divided Germany and its people.
The Berlin Wall was an enlarged border between West and East Berlin. It was erected by order of the Soviet leadership in 1961. For a long time, the wall has been a symbol of the Cold War.
On May 9, 1989, the Berlin Wall was destroyed. Its fall signified the reunification of Germany and the beginning of the decline of the Soviet totalitarian system. 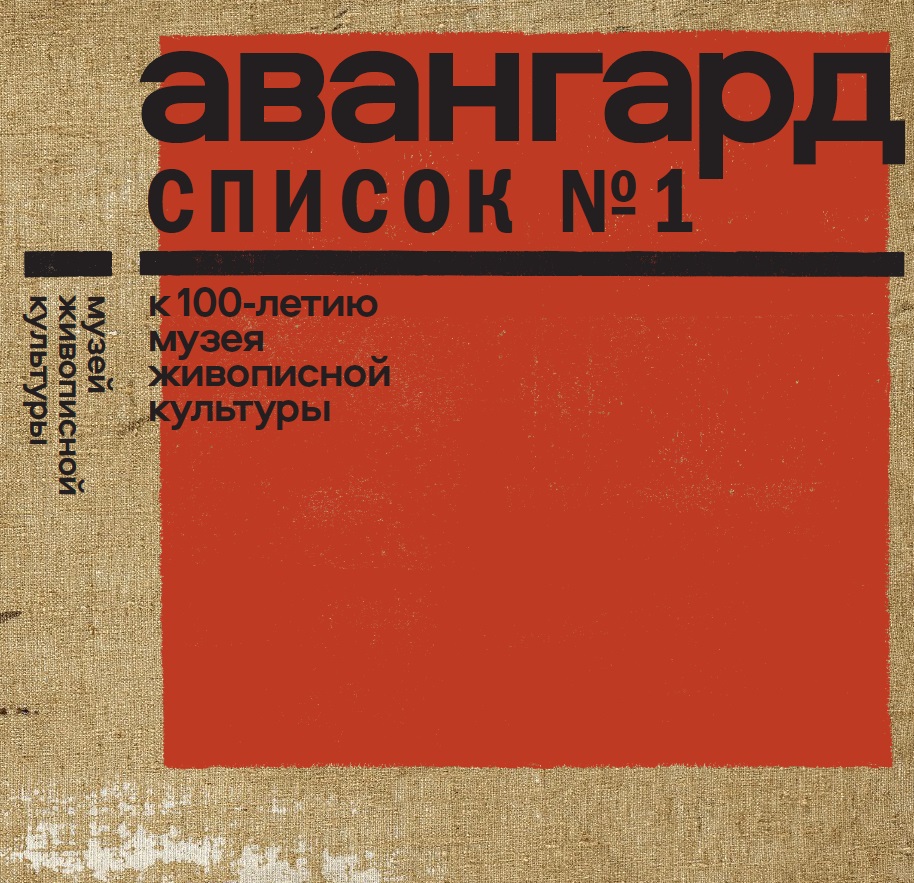 The exhibition "Museum of Pictorial Culture. To the 100th Anniversary of the First Museum of Contemporary Art" (Tretyakov Gallery, Moscow) is dedicated to the first Museum of Pictorial Culture, the first Russian museum of contemporary art. This museum was a branch of the Tretyakov Gallery from 1924 to 1929.
The exhibition includes more than 300 paintings, drawings, sculptures by the Soviet avant-garde artists. They originate from both Russian and foreign art collections.
The exhibition will be open until February, 23rd. 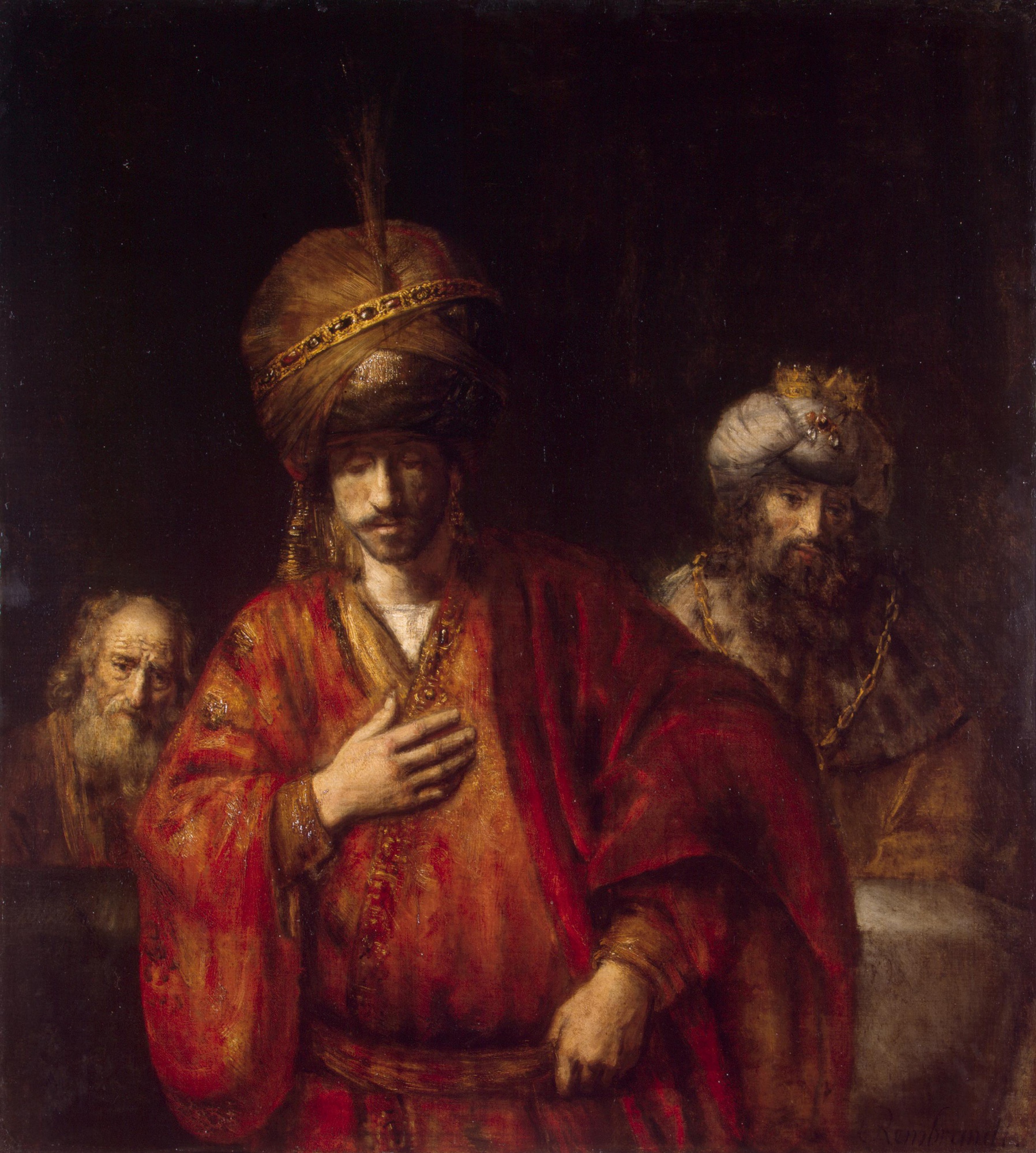 On 5 October 2019, there was a grandiose opening of the exhibition “The Fall of Haman: Rembrandt’s Picture in the Mirror of Time” at the State Hermitage Museum (Saint Petersburg, Russia).
This year marks the 350th anniversary of the death of this prominent Dutch artist. This date is widely commemorated in the Netherlands and all around the world. Paying its own tribute to Rembrandt’s genius, the State Hermitage is presenting "The Fall of Haman", one of the most striking and mysterious Rembrandt's paintings.
The exhibition will be open until January, 19th. 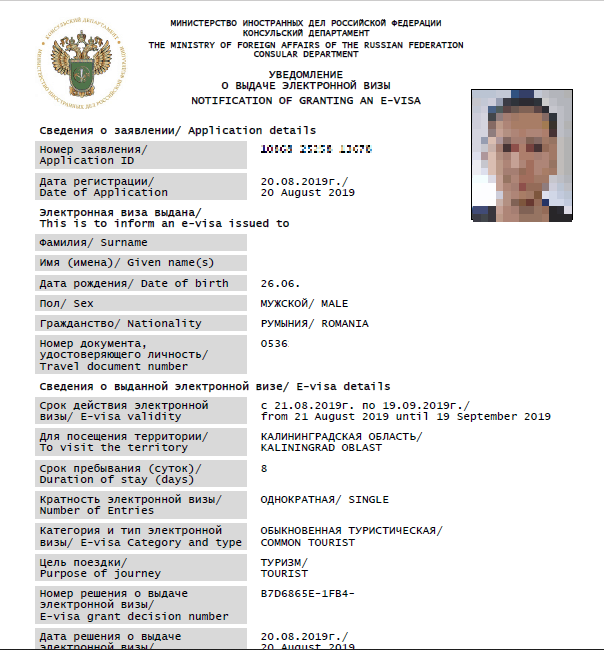 Starting October 2019, citizens of 53 countries including European countries and Schengen zone, can apply for a Russian electronic visa (e-visa).
⠀
Russian e-visa is an official document that allows entry to certain regions of Russia:
To apply for a Russian e-visa, you will only need:
E-visa is issued electronically by the consular department of the Russian Federation. You can request it yourself from your home computer, through the following link – https://evisa.kdmid.ru/. 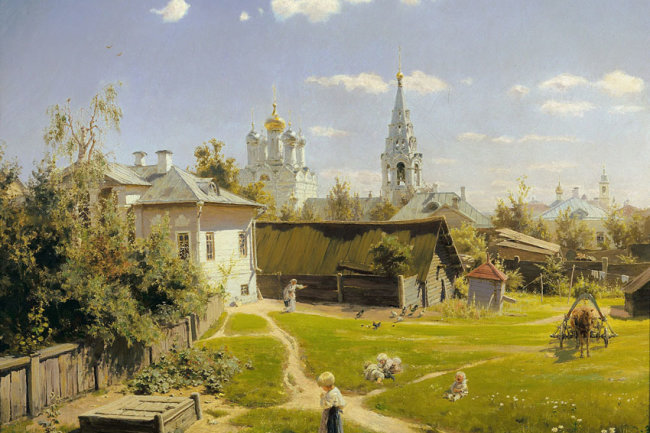 The exhibition takes place in Moscow in the building of the New Tretyakov Gallery (Krymsky Val, 10). It is dedicated to Vasily Polenov - one of the most prominent Russian artists of the second half of the 19th – the first decades of the 20th century. Polenov was a painter, an architect, a teacher, a theater artist, and a public figure.

At the exhibition, you will see about 150 works from both the state Russian museums and private collections. Landscapes, portraits, historical paintings, paintings of the Gospel series, architectural projects, and sketches of theatrical scenery cover different periods of Polenov’s career.

The exhibition will be open until February, 16th. 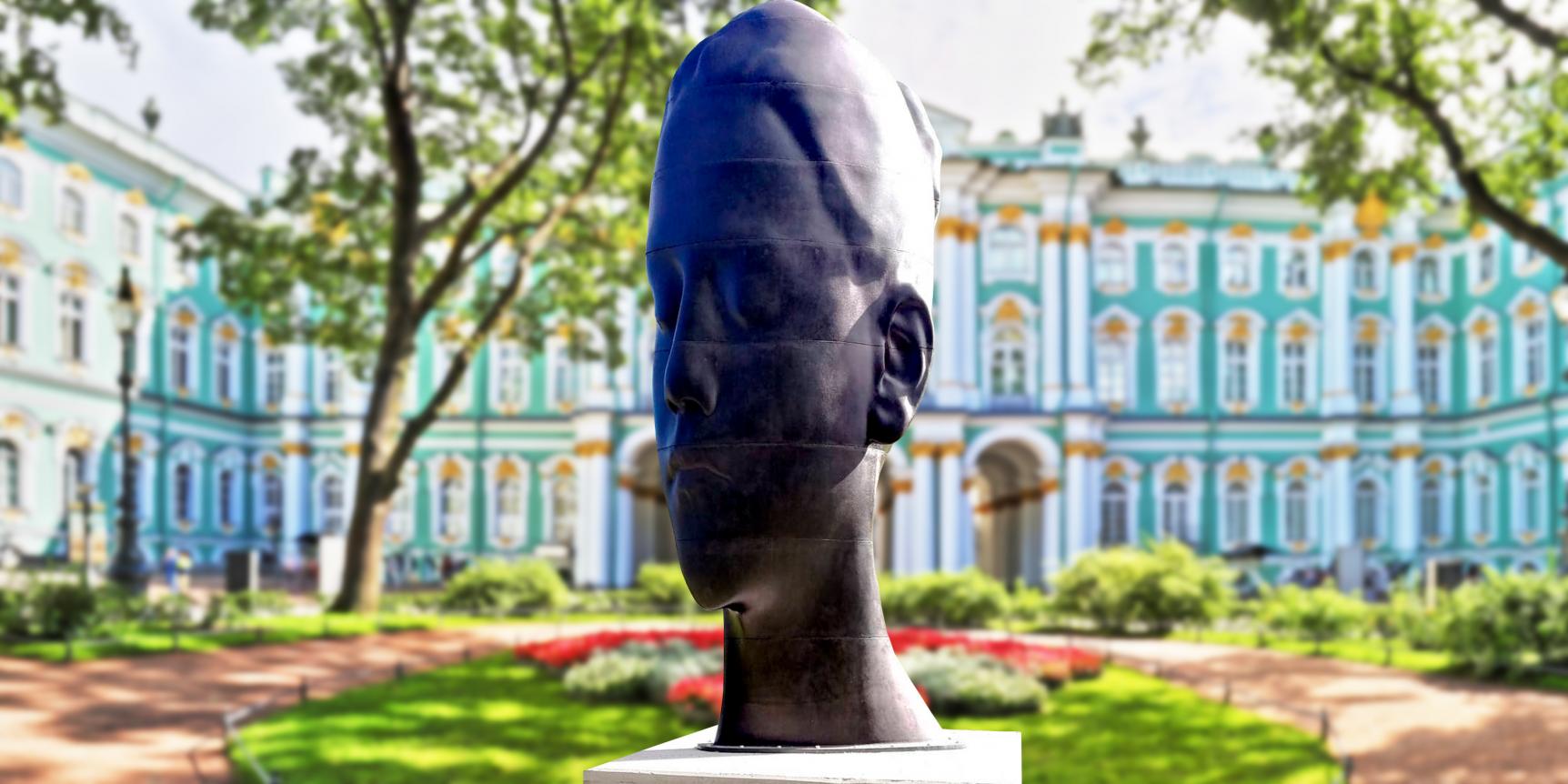 On 8 October 2019, the exhibition "Jaume Plensa. Carlota" begins. The exhibition is a part of the State Hermitage's annual project "Sculpture in the Courtyard".
The "Carlota" is a work by the Spanish artist Jaume Plensa.  He is mainly interested in the creation of the link between past and present, relationships between human beings and nature. Plensa also explores questions of existence.
The "Carlota" is on display in the Great Courtyard of the Winter Palace. The work is the attempt of the artist to show the dialogue between contemporary and classical art from the Hermitage collection.

The exhibition will be open until April, 12th. 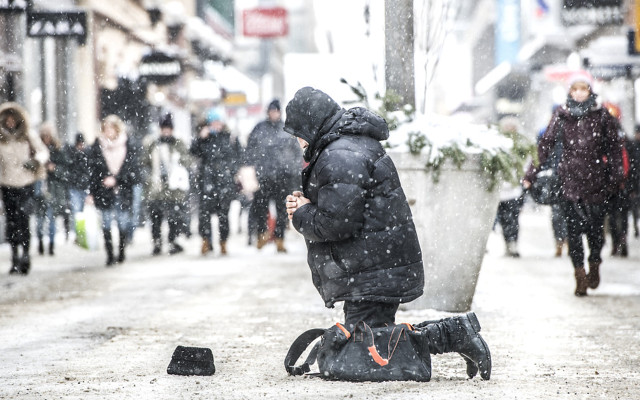 The local council of the Stockholm district of Lidingö decided to ban begging. This is the first municipality of Stockholm County to introduce such a ban. In Sweden, several municipalities have already restricted or prohibited begging. These are Eskilstuna, Welling, Sölvesborg, Katrineholm, and Staffanstorp. Ten more out of 290 municipalities of Sweden have similar plans.

In the local council of Lidingö, the idea of ​​a ban has been discussed since last summer. Last Monday, the decision was finally made with a slight margin. 26 local deputies voted in favor, 25 - against. According to Daniel Callenforsh, chairman of the municipal council, begging is not a way out of poverty, and many residents of Lidingö do not feel safe. 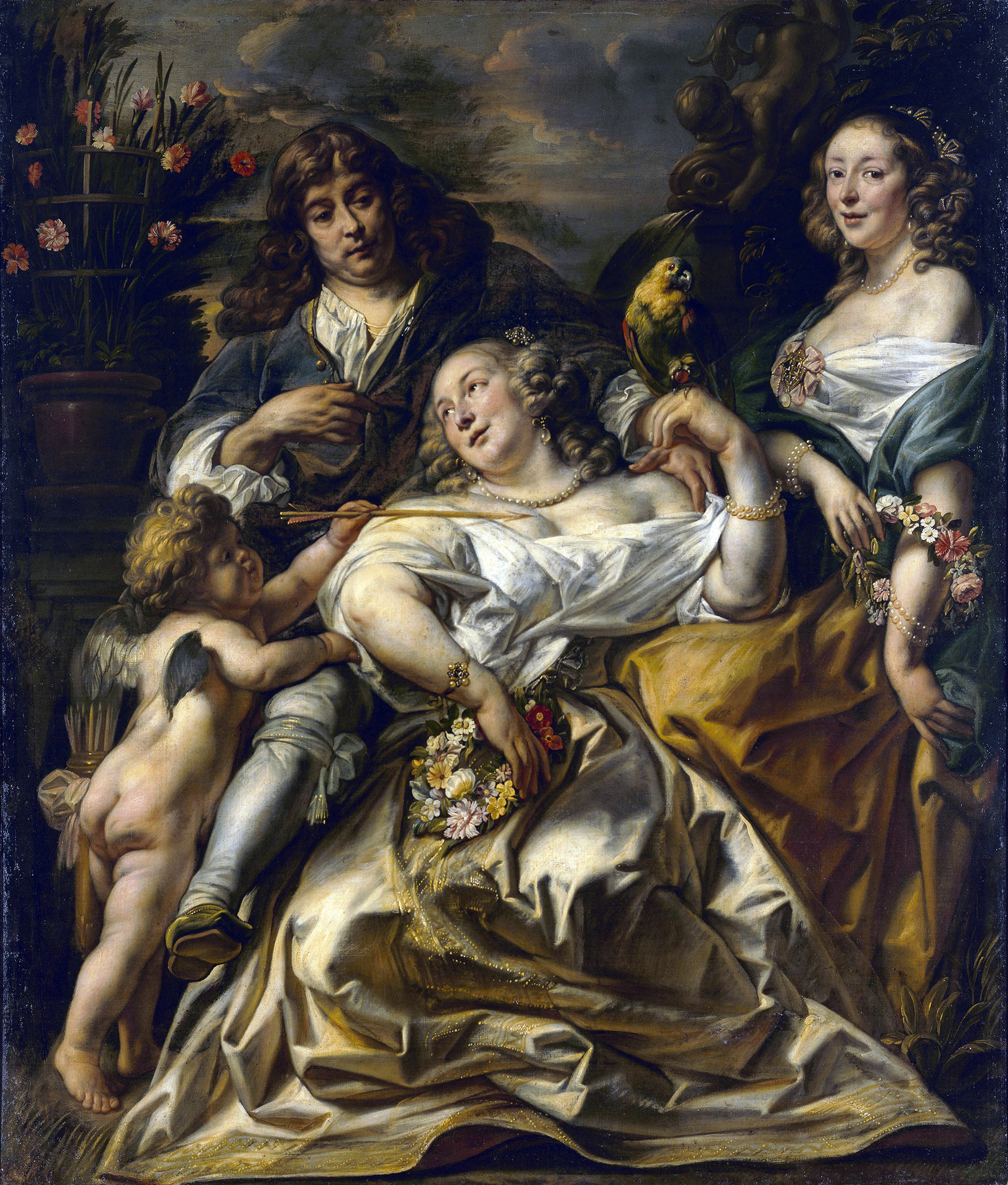 An exhibition of the famous Flemish artist Jacob Jordaens opened at the Pushkin State Museum of Fine Arts (Moscow). It comprises 18 paintings and 31 drawings reflecting Jordaens’s artistic journey and the evolution of his style.
Paintings from the Pushkin State Museum of Fine Arts and the State Hermitage Museum (Saint Petersburg) make up the basis of the exhibition.
Other museums are represented by such paintings as “Meleager and Atalanta” (Ekaterinburg Museum of Fine Arts), “Christ and the Samaritan Woman” (Nizhny Novgorod State Art Museum), “The Feast of the Bean King” and “Saint Paul and Saint Barnabas at Lystra” (Perm State Art Gallery).

The exhibition will be open until November, 30th. 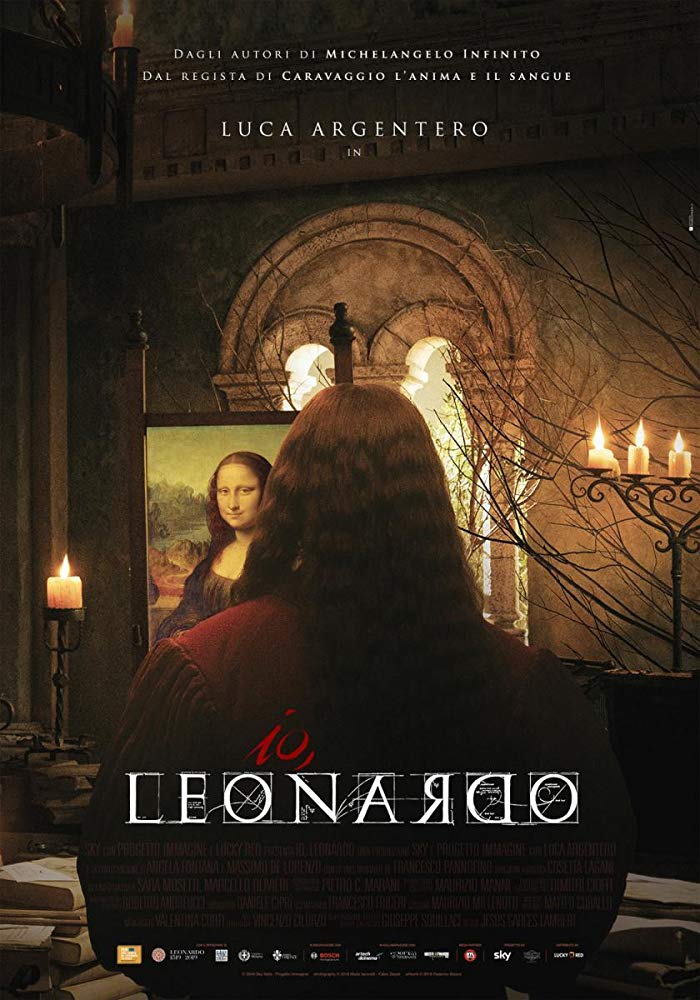 The film about one of the most amazing geniuses in the history of mankind, "I, Leonardo", is released in worldwide distribution this week.
With the help of modern technologies, the great works of the master and his inventions are recreated in the film. In a sense, this is an attempt to understand the personality of Leonardo, to unravel his genius.
The film celebrates the genius of Leonardo, whose 500th anniversary the world cerebrates this year. 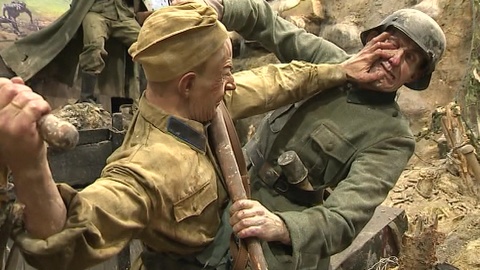 “Memory says. The road through the war”, the largest 3D-panorama on the Great Patriotic War was opened in cultural space Sevkabel Port (Saint Petersburg, Russia).  In eight rooms with a total area of ​​more than 2000 square meters, the atmosphere of military events was recreated.
The exhibition was designed by Dmitry Poshtarenko and the team of the creative search association "Nevsky Battle".
Every visitor would be able to go the way of a soldier from the walls of his home to the Reichstag.

The exhibition will be open until May 2020.